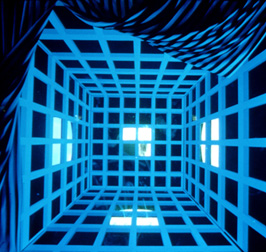 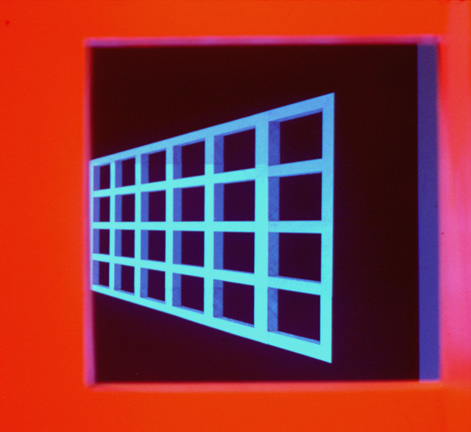 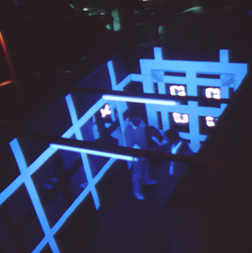 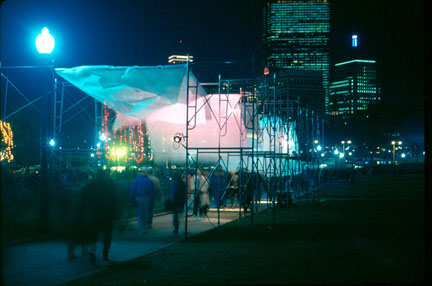 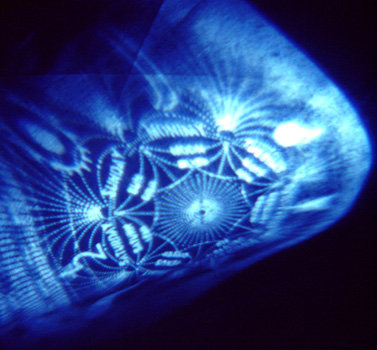 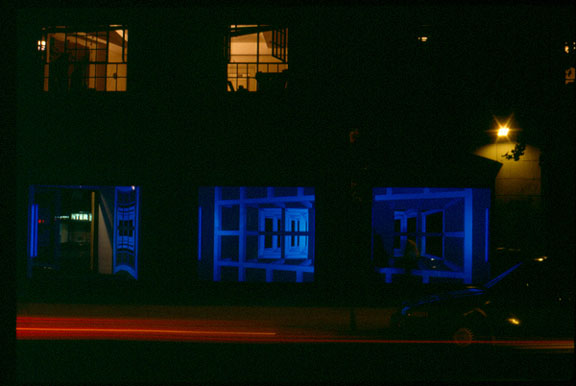 This series of video/light installations transforms an existing space into a virtual environment, offering a visually illusionary perception.
Our visual perception of an environment is not determined by a solid-void dialectic just as a presence-absence of matter.

Instead it is defined by the presence of light: the various ways in which a surface reflects, refracts, absorbs or phosphoresces light can alter dramatically the visually perception of what is solid.
Our visual perception is also strongly effected by depth. Perspective is used to represent depth, and, associated with the use of light create illusion of three-dimensionality.

The viewer experiences illusionary perceptions of a space where ephemeral and two-dimensional elements become visually predominant on its three-dimensional and solid-void physical properties.